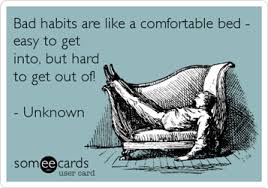 I have a couple of heutagogical stories to tell after spending some time with a couple of my increasing tribe of grand children. Given the heutagogical sophistication of readers of this blog it is likely these stories are not surprising. But I’m moved to tell them anyway as a reflection that might be useful.

I suspect that when our tribes were smaller, when we had just emerged from the swamp, and socially more collective, rather than individual, that kids learnt by scraping their knees. It’s not hard to imagine a world in which exploration and testing hypotheses about how the world worked was the door to survival to maturity. The community looked after children and they probably ran a little wild, at least according to the present day, and learnt by experience.

This thought came about as a result of playing with Lego blocks with Master 2 year old this week. It didn’t take him long to work out how to put the blocks together and away we went, or at least I did. I was building a house and I thought he was helping. But Master 2 was intent on making all sorts of other shapes and generally seeing what he could do with the blocks, in between adding to the walls and a nice tall tower. I found myself giving instructions, talking about what a house should look like and generally guiding the young newcomer to the art of building with Lego.

How easy it is to fall into the trap of taking control of the agenda, interfering with natural learning by exploration, stifling creativity and limiting rather than expanding options? And this from someone who practices something completely different when ‘training’ or ‘educating’. The truth is we are involved in learning opportunities all the time, not just in classrooms, real or virtual. How easy to tell rather than lead, to assume that because we think we know that we can instruct rather than jointly explore. Given what we know about the frailty of memory, the way in which we bias our perceptions and distort reality, we should have no confidence in what we think is right.

The other heutagogical example involves Miss 9. While she and her Master 4 year old brother were getting ready for school when I asked them what dragons they were going to slay that day. Master 4 responded that there were no such things as dragons. Miss 9 thought about if for a while and then asked me what I really meant. I explained metaphors to her and then we talked about an example, ‘A stich in time saves nine’. She got it pretty right. In the evening we were playing cards and her father suggested she hold her cards closer to her chest because her brother could see them. About a minute later, Miss 9 asked me whether that meant that she should also keep secrets. Apart from the implications regarding formal operations at that age, it just goes to show that if we give people time and just wait, they might surprise you.

Humans are innate problems solvers. We like exploring, testing ourselves and our environment, being creative and our brains like to mull things over subconsciously while our conscious mind is involved in other things. We just need to give it time: an uncommon feature in our modern era. And we ‘teachers’ need to be learning leaders.