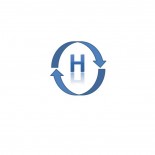 Heutagogy and Research: A Call to Arms in 2014

This year has seen the first stirrings of an educational Russian Spring. Admittedly this is occurring only in pockets around the world but there is an increasing group of educationalists determined to change the face of formal learning. Many are challenging, like giants such as Ackoff and Greenberg, conventional educational theory and practice that was designed for an era that has now long past. It is now recognised that the assumptions and principles upon which mass education was based are deeply flawed. They ignore how humans naturally learn and place the learner at the end rather than the centre of the learning experience. Mass education is teacher rather than learner centric. More recently educational outcomes have become more aligned with economic and political imperatives that increasing human capability.

We live in exciting times for education. The internet has been a game changer in how education can be viewed. People can access information when and where they want. Content driven education is now redundant. The key capabilities for learners now are being able to access information and sort the wheat from the chaff, to research, and to problem solve. It is a world now where higher order cognitive abilities and adaptability are central survival skills. Globalisation has also increased access through choice. Educational institutions, especially those engaged in higher education, haven’t realised yet that their principle value is in accreditation. Interestingly their client base is starting to be aware of this. In years to come the idea of a university as a teaching facility will make people raise their eyes in surprise. Their role will primarily be research and as an accreditation authority.

Advances in neuroscience have changed how we think about learning and provide overwhelming support for those who are bringing about change in practice. It is now possible to demonstrate that the idea of delivering information in lecture theatres, as one small and obvious example, is counterproductive to learning. Learning needs relevance and context, information needs multiple modes of utilisation to end up in memory, and the learner needs to be ready to learn. We know that constructivist theory with its emphasis on exploration, action, emotion has a scientific basis, that all brains are remarkably different in their development and that we all understand the world uniquely. I am only touching the surface here but you get my drift. In short, the old definitions of learning no longer apply.

I am proud to think that heutagogy is a part, albeit a small one amongst a sea of innovation, of this move towards learning for the 21st century, as it has been called. An internet search on heutagogy now finds nearly half a million hits. People are thinking about and using heutagogy in all sorts of contexts with a particular emphasis, for reasons that escape me but am delighted about, on e-learning. We have learner-generated contexts, flipped classrooms, negotiated assessment, students involved in designing their own curriculum, reflective practice and personal development, heutagogy and lifelong learning, innovations in using social media in learning, learner designed learning in professional development programs, helping people remember how to learn, building communities of learners, and designing learning friendly spaces. I hope I have not offended anyone by omission because I am sure there is more.

What is even more satisfying for a gentrified academic like me is that people are undertaking research to see if heutagogical principles actually work. What is particularly exciting is to hear from (as I often do) students undertaking doctoral programs in which they are investigating some aspect of heutagogy. We need to see more research into heutagogy and, indeed, into all educational innovations that are springing up across the globe. It will be vital to the future of both children and adults alike to have educational practices that are evidence based. Of equal importance is to convince the policy makers and politicians who fund education and push their philosophical agendas that we need a system that is based on science rather than pet beliefs. I think it is in this area of confronting policy makers that we need to put a bit more emphasis in 2014. But we must have the research to back it up.

So, academics and practitioners alike let me call you to arms. Let’s make a point of evaluating what we do, build into our curriculum and program design ways to test what we are doing. And then, let’s get out there and publish the findings. For those not familiar with publishing or researching, collaborate with those who have this expertise. I, for one, am always prepared to mentor and I have lots of colleagues who are of a like mind. Many of us use can be found in the Heutagogy CoP.

I’m certain that in 2014 we are going to see even more innovations around heutagogy, even more conference presentations, and discussion about how to design really effective learning. Tons of opportunity for researching what we do.

We have a new book on heutagogy planned for 2014. This will be a practical guide, less academic than the last and aimed at practitioners: a ‘how to’ of heutagogy. The book will be published on World Heutagogy Day (thanks Fred Garnett for coming up with this brilliant anniversary), the 26th of September (the date of the launch of our first book on heutagogy) on Amazon, to make it more accessible.

There is the possibility of another conference in the UK this year to build on the wonderful 2013 Prague event organised by Monika Barton and her friends in Akorango.  I’m heading off in May to Brussels to talk to the European Commission on Learning and Development about heutagogy, so that is exciting. It also provides the opportunity for me to meet up with heutagogians that I have yet to meet in Europe.

My particular mantra in 2014, at least until I get another bee in my bonnet (which may not be long), is to get rid of the word teach and its associated forms, from the lexicon. We need to think about learning, not about teaching, in the same way we have embraced the idea of learner-centred learning. The word teach has the same effect as classrooms designed as lecture theatres with impressively tiered seating, like a colosseum. It sets up an expectation on the part of the learner that is regressive and promotes passivity.

One comment on “Heutagogy and Research: A Call to Arms in 2014”